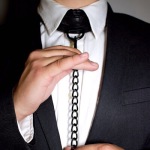 You don’t have to go far in the world of kink to hear a lot of what may, to many, be unfamiliar words, as well as lots of people being called lots of things– for Dommes usually Mistress, Goddess, Princess, Queen, and so on, and for subs it’s often slave, bitch, slut, etc. But what do these words mean? What do they mean to kinky people in a kinky context, and how do they help us express and communicate?

For starters, it’s important to say that all of these words carry their own significance and meaning for each of us, and that the purpose of this guide is not to enforce or determine what people say or how they use words like these in their kinky practice and play, but rather to share a number of thoughts on these definitions and to demonstrate their nuances and differences. Also, this list is not comprehensive as a full representation of everything kinky people do within this context, it’s more of a meditation on those aspects of femdom that are important to us here at The SMUT Project.

If you as the reader have ideas of your own on the subject, please chime in in comments and tell us what these words mean to you!

Domme – The feminine form of the word “dom”, short for “dominant”. Used to refer to any woman who pursues or explores the dominant path in kink.

sub – Short for “submissive”. Applies to any person who pursues or explores the submissive path in kink, although it may often be appropriate to recognize and distinguish female submissives by using the word ‘subgirl’ (see below).

Switch – One who is fluid in their role according to various factors in the scenario. Also used as a verb (e.g., one who switches).

D/s – Abbreviation for Dominance and submission.

Lifestyle D/s – Dominance and submission that extends beyond discrete and finite scenes or experiences. More advanced and displays a higher level of commitment than kinky play.

Ma’am/Miss – Default mode of address for women. Basic manners and friendliness, on par with how one might use a more formal approach in a customer service context or in certain situations when addressing certain figures of authority. May be used in conversations where one is expected to demonstrate a small level of respect, such as in first contacts, and in some cases with women to whom one is not in a relationship of service. Should be used more frequently with women to whom one is in a relationship of service, as well as those with whom one desires such a relationship. In rarer cases, a woman may (through her own actions) excuse herself from the status required to receive this basic cordiality and grace, she may demote herself to mere civility and politeness, but most of the time this mode of address is appropriate whether verbalized or not.

Lady – Basic title of respect. Refers most generally to anyone within the subset of women who are to be adressed from an actively submissive perspective. In this, it is appropriate to follow the title with her name specifically (e.g. Lady Jessica, Lady Vanessa). Best used in the early stages of getting to know a Domme who is unfamiliar in that it is unpresuming; it recognizes them as particular and worthy of special praise and respect, it is a mark of their status, but it does not imply an inherent relationship of significant depth relative to other terms. May also be used to address new Dommes who are in the early stages of discovering their power. Should also be used to address close personal female friends of one’s Domme or those with whom she associates, particularly if one is required to serve them with or apart from one’s Domme, provided of course that engagement in kink dynamics is mutually agreed upon by all.

(NOTE: Many of the following terms may be used hierarchically during kinky play to distinguish between one’s more serious lifestyle Domme and other Dommes of her invitation who are participating.)

Princess – Advanced title of respect for a younger or less mature Domme who has reached a certain elevated status. Often describes young women (younger than 24 but not below the age of majority) who are aware of and confident in their power but who have had less time to acquire the substance and bearing of a goddess (see below).

Goddess – Advanced title of respect, which recognizes a woman who expresses her full potential as a Domme, who has harnessed and mastered her own power and become an overt living extension of the feminine divine. There are many ways to discern this level of status, such as when a woman has many dominant skills and is practiced in many methods of dominance, or when she is able to evoke the submission of another woman, or when she conquers a major obstacle or makes significant progress in her own development. In all cases though, a goddess is a woman who is fully possessed of her dominant spirit, and who has the confidence to express it fluidly and dynamically within kinky play or as an element of her lifestyle. In this case too it may be appropriate to address her by her name as well as her title. (NOTE: It is indeed true that every lady or princess is in her essence and her substance a goddess, but use of the word to describe her as such indicates that she has attained the ability to express that potential effectively and lives her life predominantly from that perspective.)

Mistress – Advanced title of respect for a dominant woman who displays mastery (permanent or temporary ownership) over a submissive. Used generally for dominant women during kinky play or for professional dominatrices, but often also used to refer specifically to a woman of goddess status who is in a committed relationship with her sub (i.e., his Mistress, her Mistress). Often describes a woman who incorporates a certain amount of lifestyle dominance into her practice and who owns one or more collared sub(s).

Queen – Advanced title of respect for a dominant woman who occupies the highest role in a dominance hierarchy that includes other Dommes. Implies dominion over a kingdom of subjects, who all serve her implicitly. Highly respected and revered.

[no title] – Basic mode of address for males, even submissive ones with whom one is engaged in nonfamiliar contact that recognizes D/s dynamics. Often a new sub with whom a Domme is courting must earn any further title as a sign of progress in the relationship as well as of affection and endearment.

slut – Perjorative endearment for a submissive whose desire for sexual expression is pervasive and unhindered, and who can be made frenzied and overwhelmed by their desire for submission and service. One who is bent to the will of their Domme by the abundance and abjection of their desire. Often a slut may be shared with or loaned to another Domme as a way of exacerbating their predicament.

bitch – Perjorative endearment for a submissive whose will is broken completely to that of their Domme’s. One who has categorically licensed their Domme to make decisions regarding their sexual scenarios, sexual behavior, orgasm capabilities, and other aspects. Implies some degree of loyalty and ownership.

loser – Perjorative endearment for a submissive who has been bested by their Domme in some variety of contest, whether of strength, will, or otherwise. Often employed with emphasis to highlight and reinforce their inferiority.

slave – Perjorative endearment for a submissive who has achieved the highest level of submissive affiliation with a dominant woman. Consistent, for many, with a partnership of deep significance. Often illustrates a great deal of experience and familiarity with a particular Domme and having proven oneself to her in a way that engenders her respect and appreciation. May also be employed within a discrete scene, as role play. Corresponds to ‘Mistress’ (see above).

Collared slave – A slave who is specifically owned, bound to, and collared by their Mistress. In many ways this is equivalent (or at least similar) to the vanilla concept of marriage. Often a collaring involves a ceremony and some form of contract, and a collared slave and their Mistress “make it official”. The highest rank and status that a sub may achieve.

subgirl – A female submissive. Implies some relationship of loyalty and subservience to a particular Domme. Categorically outranks any male sub a Domme may dominate or engage with, as well as any male slave(s) she may own.

slavegirl – A female submissive who has attained the status and title of ‘slave’ (see above). Outranks other subgirls.

Chastity – Dominance of a submissive through the prevention or management of access to the genitalia. Often employed in the dominance of male subs via the use of locking metal or plastic cages or harnesses. May also be achieved to some degree with items of footwear or underwear along worh strict discipline.

Edging – A form of orgasm control that involves provoking the sensation of impending orgasm and then withdrawing sensation to prevent release. May be used repeatedly to exacerbate the sub’s predicament.

Footdom – Dominance of a submissive that revolves around the feet or footwear of a Domme. May include smothering, forced licking, smelling, and sucking, gagging, trampling, pedestaling, ballbusting, and cuntbusting.

Proxy domination – Dominance of one submissive via the use of another, wherein a Domme instructs, directs, and manages the sexual behaviors of a submissive or cooperative participant to whom she is not providing intimate dominance. Often employed by Dommes engaging with couples that include a member with whom the Domme does not want intimate contact.

Ruining – Dominance of a submissive invoking the spastic muscular relfexes of orgasm and inducing either ejaculation vaginal contraction, while withdrawing, diminishing or providing distracting sensation in order to prevent sensory and emotional release.

Watersports – Dominance of a submissive via urination, in which a Domme presents or anoints her sub with her urine. Implies the marking of one’s territory.

Click here for more
thoughtful and instructive guides
from The SMUT Project!